The following content was written by Jessica Anderson for My Body Does and has been cross-posted with permission. For the original article, see here.

How can a community reclaim the narrative and save a movement from being sold as a commodity?

If upping my media literacy game has taught me one thing, it’s that anything can be used to sell a product. Take a look inside Bitch Media co-founder, Andi Zeisler’s latest book “We Were Feminists Once”, and you’ll find countless 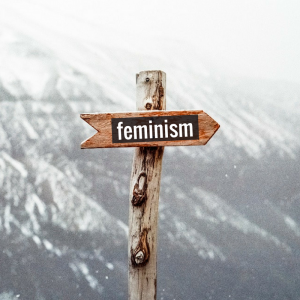 Feminism doesn’t want to tell you there’s one right way to be a women, so there’s probably not one right way to be a feminist. But that opening — the inability to to clearly convey to the public through media what a feminist definitely is — leaves a major vulnerability for brands to come in and exploit for their own monetary benefit. A back and forth proceeds, between activists and large companies, over who’s going to decide what parts of feminism get to stay, and what parts have to go in order to sell to a broader audience.

While feminism has been in this tug of war battle with the mainstream media for some time, another movement, dear to my heart, seems to be engaged in the same front. The movement is Body Positivity. Popular culture has recently embraced ideas of body positivity. This is promising, but also alarming. From Dove’s Real Beauty campaign, to Lane Bryant’s #PlusIsEqual, to the more recent H&M’s She’s A Lady ad video, it’s clear that body positivity sells — but what version of it?

Companies benefit from this exclusion. They present a version of the movement that addresses body insecurities that almost all people experience and can relate to. They promote healthy body image and more inclusive beauty ideals — which are very important parts of body positivity — but are certainly not the only parts, nor are they the most radical. Companies, by depicting body positivity in this way, and failing to clarify their position on other aspects, are able to sell the “idea of body positivity” without actually being very body positive. Just take a look at how Lane Bryant continues to market their clothes as “slimming” despite their latest slogans championing healthy body image, or how Dove’s commercials depict mostly pretty white women below a size 12. But for the starkest contrast yet, take a look at how workers are treated at the factories where H&M’s clothes are made.

Yes, body positivity can certainly help people learn to love and accept their bodies, but when we see how easily that version of body positivity can be appropriated to brand products that further marginalize many people, we should ask ourselves — is this all that our movement is supposed to be? While conversations regarding body positivity often 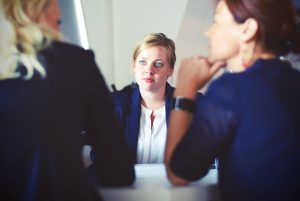 start with what bodies look like — they probably shouldn’t end there. The conversations should include some context for the many ways in which bodies need to be liberated in our world. In order to encourage that continued conversation, about how body positivity fits into the larger picture of inequality, we have to hold people and brands accountable to a more complex and nuanced idea of what body positivity is. For that reason, I strongly believe that you and I, the people passionately involved in body positive activism, need to be the ones to rebrand body positivity — before giant corporations do it for us.

I’m not suggesting we write some 10 commandments that everyone adheres to, but I do think we need to call on the community to collectively elevate the conversations about body positivity, so that people early on in their exploration of this movement have easy access to understanding the many ways that body positivity intersects not only with body image, but with fatness, disability, race, abortion, eating disorders, medical care, sexuality, gender identity — the list could go on forever. To care about or work in body positivity, you do not have to be an expert on all of these things, but you should certainly know that they’re there. Before calling yourself a body positive yoga teacher, dietitian, blogger, fashion designer, or body positive anything you should have a basic understanding of how complex the movement is and be able to use language that reflects a level of respect for all of those complexities. 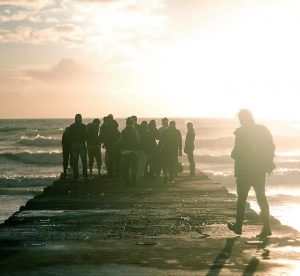 Let’s start by admitting how much we don’t know. I’ll be the first one — Iknow almost nothing. As a white, thin, cisgender woman this is especially true for me. But I come into this work as a student —everyday I learn a bit more, I read something, I reach out to new people, and I work towards being better in my activism. Let’s ask the same of the community we’re a part of, especially those of us who are thin, white, or more privileged allies. We need to do this before the movement of body positivity is completely co-opted by large companies that want to sell a very small and sad version of what body positivity could be. 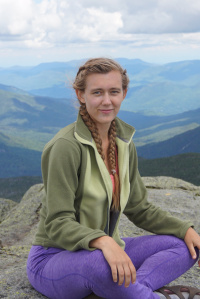 Jessica Andersen is a body positive yoga teacher and kids yoga teacher in NYC. She is truly dedicated to making the practices of yoga and mindfulness available to all, teaching at a sliding scale studio in Brooklyn and community classes at her home. Jessica is also a part-time engineer and co-founder of My Body Does, an affirming body positive community inspired by the inherent value of all bodies. But mostly, she teaches, practices, sequences, and obsessively talks about yoga. www.jessicaandersenyoga.com