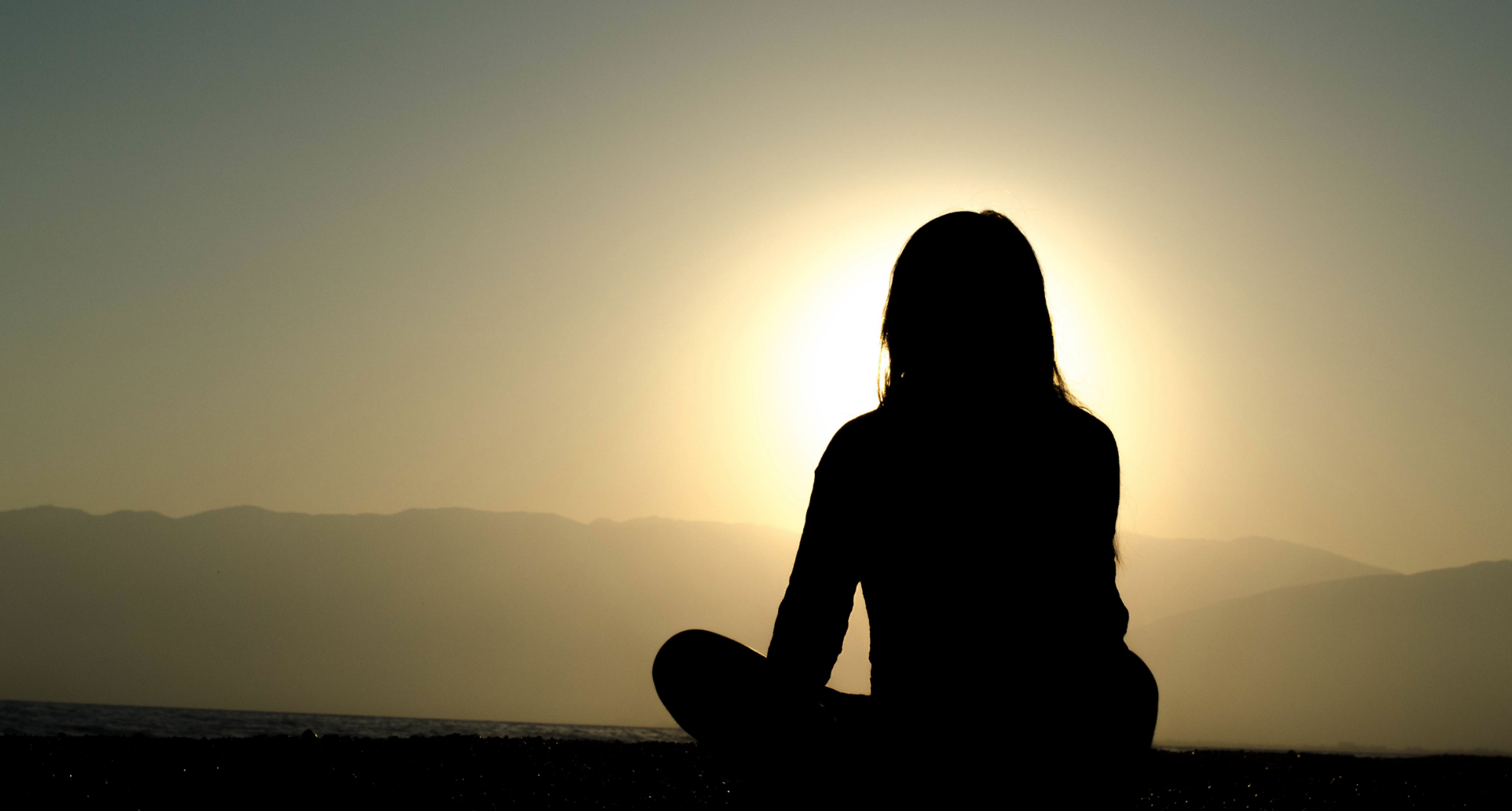 The following content was written by Nikki Cook for worldeatingdisorderday.org and has been cross-posted with permission. For the original article, see here.

“Wow, you look great!” “You have had three kids?” “Whatever you are doing, it’s working!”

I have heard this, and similar comments, countless times throughout my journey with anorexia. Looking back now, I can see comments such as these not only are indicators of the beliefs that society has internalized about what a “good and healthy body” looks like, but also that these socio-cultural norms play a pivotal role in the development and perseverance of eating disorders. 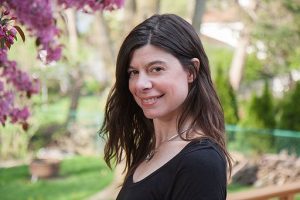 I developed symptoms of my eating disorder nine years ago, when 34 years old. Yes, you read that correctly. My eating disorder did not develop until I was 34 years of age. So much for societal, and until recently the medical profession’s, belief that anorexia is a disorder reserved for thin, white, adolescent girls. Yeah, I believed that too. It was the main reason I did not accept my diagnosis for the first few months. However, as I have learned, this is just one of the many harmful and dangerous misconceptions that exist about eating disorders (See Nine Truths about Eating Disorders for more information).

What I did not tell them was … I barely ate

At a time in my life when my doctor labeled me as “severely underweight”, people, mostly women, would ask what my secret was.. Usually I would shrug it off and say it must be the hot yoga I practice once a week (side note: eventually my non-hot yoga practice became an integral component of my recovery). What I did not tell them was … I barely ate. To be honest, when my illness began, I did not see this as a “secret,” something to be hidden, because I was not consciously doing it. I was a stay-at-home mom to three girls under the age of six. I was exhausted, felt like crap, and it only seemed to get worse when I would eat. Most days I found myself eating the bare minimum to get by, to make it through another day. Fast forward six months after my third daughter was born, I had not only lost the “baby weight” but found myself many pounds below my pre-pregnancy weight.

“Positive” remarks I received only served to fuel my eating disorder

At this point I started hearing from family and close friends, people who knew me well. Unlike the compliments I had been hearing, these comments were ones of concern. Not knowing exactly what was happening, but sensing something was not right, they asked if I was okay. As women and mothers we are often quick to dismiss concern for ourselves. And the comments of concern from my family and friends certainly did not land with me the way the compliments did. I see now the “positive” remarks I received only served to fuel my eating disorder. The message I internalized was “See there is nothing wrong with you! People want to be like you!”

At this point you may be wondering a few things. How is it possible that acquaintances and strangers complimented me on my appearance, while family members and close friends expressed concern? You also may think, as most of society would, this was about me wanting to lose the “baby weight”, about wanting to “look good” and things just went too far.

The answer to these questions lies, partially, within our socio-cultural norms. Specifically, the importance that our society places on appearance — the moral judgment that we ascribe to being “healthy” and “fit” and what a “good body” looks like. We are a society that believes in the “Thin Ideal”.

Did I like being complimented on my appearance? Yes. I was taught from a young age, as most girls, that my body was supposed to look a certain way and to look any other way was a failure in self-control and self-discipline, that I was flawed.

Societal obsession with the “Thin Ideal” and “Diet Culture”

Early in my recovery I would reflect on the “compliments”, the people who asked me for advice, and the seeming inability of my primary physician to consider my problems stemmed from an eating disorder. When I did so, I would feel nothing but frustration and anger. How could those people, especially my doctor, not see I was suffering, that I had an illness? Well, after many years of therapy, self-study (thank you, yoga), and my work with the Yoga and Body Image Coalition, I realize these people were also a product of our societal obsession with the “Thin Ideal” and “Diet Culture”. It is the only way to explain how people could look at someone with a malnourished body and think, “She looks great! I wish I looked like that.”

These are complicated illnesses that need to be approached from an intersectional or biopsychosocial perspective. BPS is a model that looks at biological, psychological, and social factors affecting an individual, to determine how and why disorders occur. Embracing this approach will influence how eating disorders are recognized, diagnosed and ultimately lead to more effective treatments.

Together with other members of the Yoga and Body Image Coalition, I believe it is essential to consider the socio-cultural influences in future eating disorder diagnosis, research and treatment. That is, to implement the biospychosocial perspective.

We are heartened and inspired by the movement being created by the World Eating Disorders Action Day to affect positive change in the diagnosis and treatment of eating disorders. We are honored to be part of this movement and look forward to working in solidarity with all #WeDoAct Partners to make full recovery from eating disorders a reality for every body. 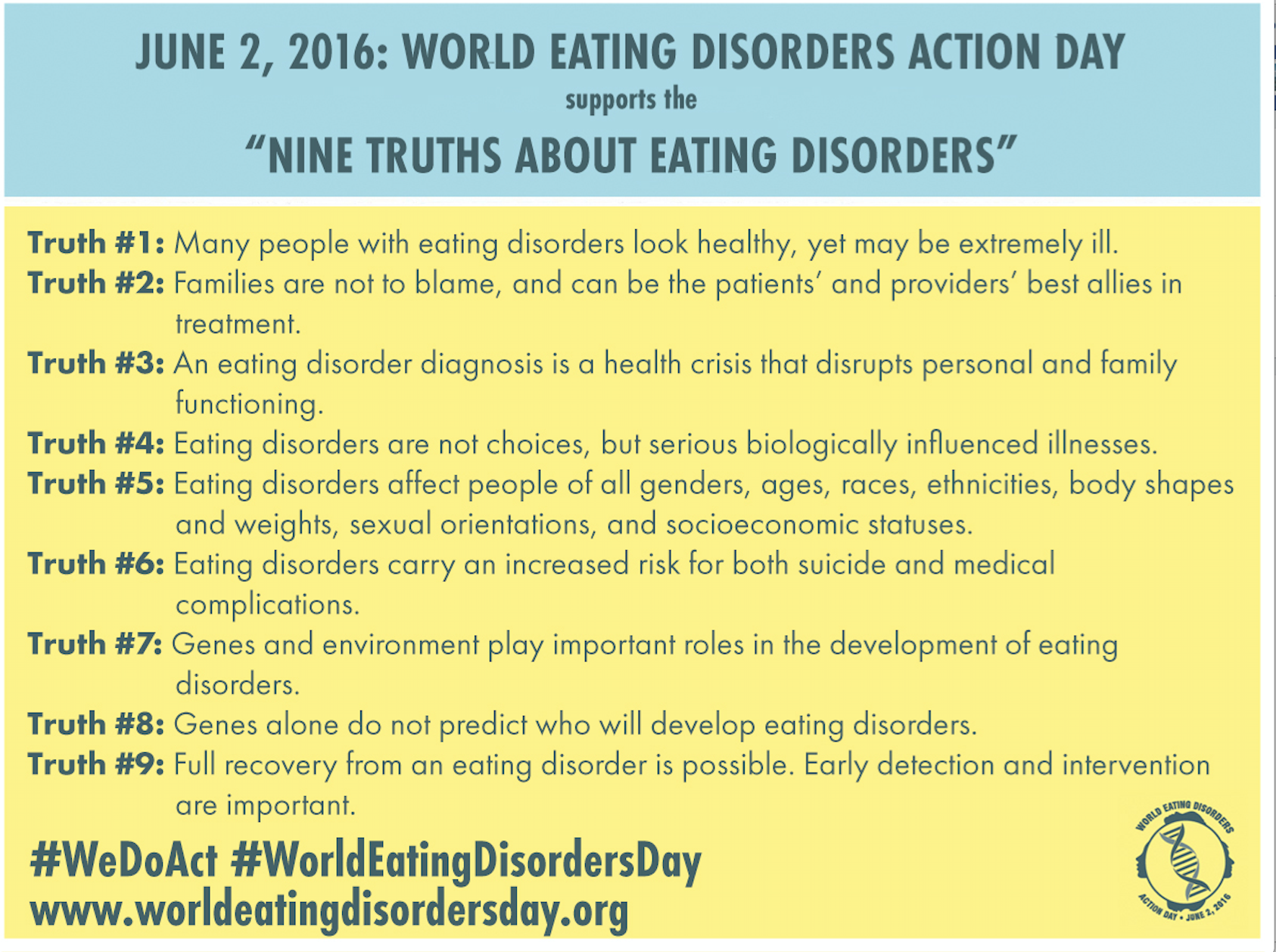 Nikki is a member of the Yoga and Body Image Coalition. She is a 200 hour registered yoga teacher, 300 hour certified children’s yoga teacher, Unnata certified aerial yoga teacher and is finishing her 500 hour certification in therapeutic yoga. Through her teaching and work with the Yoga and Body Image Coalition, Nikki advocates for advancements in the diagnosis and treatment of eating disorders, including the use of yoga and meditation as an integral part of recovery from eating disorders, disordered eating and body dysmorphia. You can visit Nikki online at  http://www.nikkicookyoga.com or get in touch via email:  nikkicookyoga@gmail.com