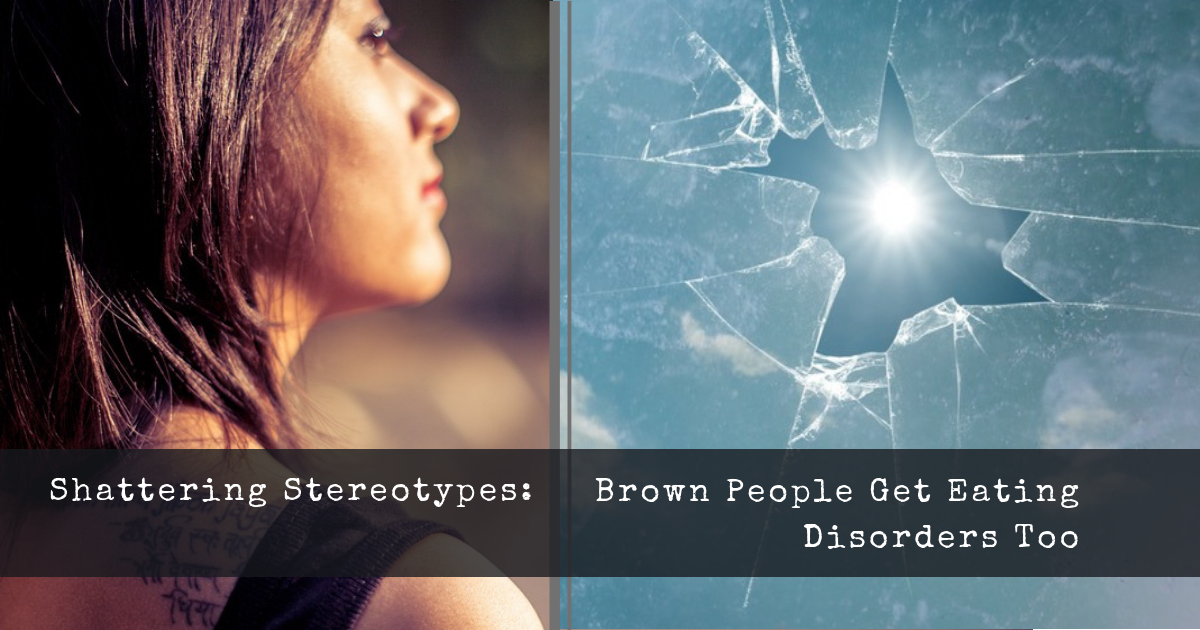 The following is a YBIC National Eating Disorders Awareness Week post that highlights how the practice of yoga can be an integral component in the effective treatment of and on-going recovery from eating disorders and disordered eating. This content was written by Shalini Wickramatilake for Yoga for Eating Disorders and has been cross-posted with permission. For the original article, see here.

A friend recently asked me why I decided to go public with my story of struggle with and recovery from an eating disorder. I have many reasons for sharing my personal experience with others. The primary reason is that practicing vulnerability it is a therapeutic process for me. But another important reason is that I feel a sense of obligation to do so is for all the others out there who are currently suffering in silence because they don’t look a certain way.

As I was growing up and fighting an inner battle with myself, every depiction I saw of someone with an eating disorder looked the same: emaciated, petite, and white. Because the depictions never looked like me, I received an implicit message that my eating disorder wasn’t valid or real.

Most people wouldn’t have guessed, even when I was in the depths of my disorder, that I was battling poor body image and extremely self-destructive behaviors. I felt like a fraud in my struggle because I didn’t fit the stereotype of what someone with an eating disorder was “supposed” to look like.

In hindsight, the lack of diverse representation in the media was a critical contributing factor for how long my eating disorder persisted. I stayed stuck in my disorder until I got to a point where I felt “sick enough” and “worthy” of treatment.

I think that if I’d grown up seeing that chubby brown girls and women (and anyone for that matter, regardless of race, ethnicity, age, gender, sexuality, height, weight, size, religion–anything) can be impacted by this serious mental illness and that everyone deserves treatment and recovery, I wouldn’t have wasted nearly two decades of my life in a state of conflict, trying to whittle myself down.

I wouldn’t have spent the majority of my life trying to prove that I was in pain by physically shrinking.

In recovery, I have been able to share my story using various platforms, and it has been an honor to be able to speak my truth and feel heard. Anyone can be impacted by mental health issues, including eating disorders, and everybody deserves recovery. There is nothing to prove or strive for; if we are in pain, we deserve help.

I now know how misguided that stereotype of the young, thin, white girl is. Unfortunately, the stereotype still exists among the general public, which makes it critical for those of us who don’t fit into that category in some way to speak up. It is only by using our voices that the myths around eating disorders—those fallacies that keep people sick—will be shattered. 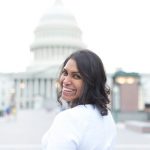 Shalini Wickramatilake-Templeman struggled with an eating disorder for many years before finally receiving specialized treatment in 2017. She lives in the suburbs of Washington, DC with her husband, Scott, and rambunctious German Shepherd, Maddie. She works for a nonprofit organization that focuses on substance use disorder policy. In her free time, she enjoys baking, attempting mindfulness, and spending time with her family. She also manages the blog, Everybody Deserves Recovery.
Tags: national eating disorders awareness week Categories: Uncategorized, Yoga and Body Image Coalition Blog, Yoga and Recovery from Eating Disorders
Share
Tweet