Where the Yogi Times Needs Accountability: An Open Letter from a Body Image and Eating Disorder Specialists on Fat Stigma 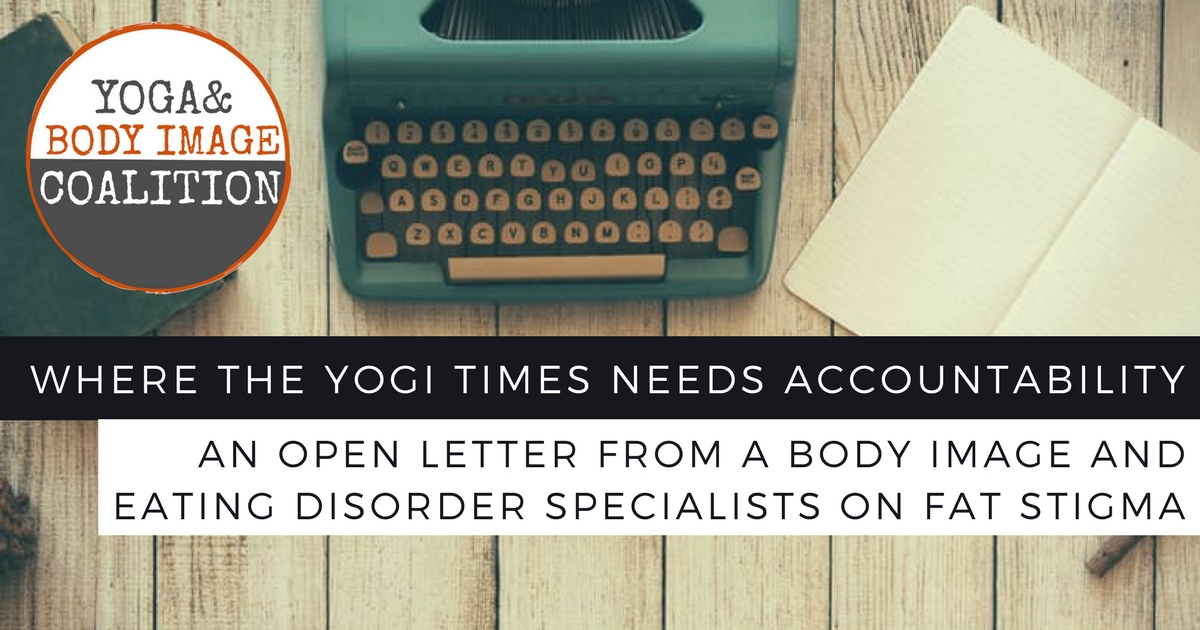 Please do not speak with bias and stigma. Your recent article “Obesity Costs” has crossed a line from offering alternate options to which some might not agree, to outright discrimination towards people who are larger bodied.

When you garner half a million Facebook followers and an equally impressive readership, there is some imperative to responsibly report; or at the very least not encourage judgement and bias towards certain groups of people. In other words, we, as your readers expect some yogic principles from you at the very least. A little Ahimsha maybe?

As an influential yoga media provider perhaps it’s time to stop perpetuating myths about larger people and re-examine your publishing systems. As a fat person I don’t speak for all people in larger bodies, but as a Fat Activist, a member of the Yoga and Body Image Coalition and a yogi, I feel I can speak to some of these “facts” in your article. There are almost too many assumptions and unsupported untruths to name in this article so I am just going to outline some of the really outstanding ones. 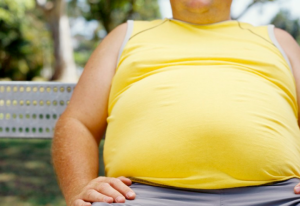 I am a fat yogi, there are plenty of us, so you could have used one of our pictures to head your article, but instead this dehumanised and depersonalised picture was used.

To fully appreciate the inappropriateness of this picture, you should first imagine you used my face here. 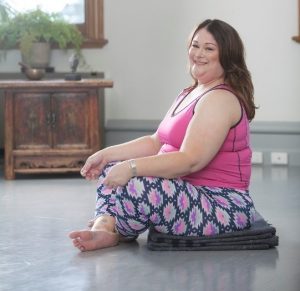 Changes things right? The “headless fatty” (as named by the Fat Activist movement) is one thing, but a real fat person is another. When you actually level all this misinformation and nastiness at an actual person, it feels more uncomfortable. But you don’t normally cut the heads off your article subjects, so why here?

There is no cited research supporting this article. Let’s just skip past the kind of incredible suggestion in the first paragraph that ‘not fitting into your friend’s sports car’ should motivate you to be slimmer (because losing weight and keeping it off is simple, right?) and move to the heart of the article: How expensive it is to be fat.

“Being obese can add up many costs, and some of them can be quite unexpected. People who are overweight spend thousands of dollars each year because of their weight…”

Hmmm…what I spend most of my money on is feeding and housing my family (plus a good deal on yoga professional development and OK, I admit, yoga pants!). But I wasn’t aware that my weight was costing me thousands of dollars. I guess my point here is, health has costs to both smaller and larger people. I am lucky to be healthy (not something this article would agree on) but that it is not weight dependent. It’s not a given that fat equals thousands of dollars in extra personal spending.

“If you find yourself going to large, wholesale food marts to buy oversized portions of food, perhaps you should think again!”

I think it’s really interesting that you know where and how larger bodied individuals shop!  I just shop at a normal supermarket, but if I didn’t, that really has nothing to do with my size. I have the privilege to have access to plentiful food, but you have no idea how every individual buys or eats food. It’s not at all supported in the research that larger people eat more (also maybe they do, but it’s not really your business). In fact, many people in bigger bodies have been on multiple diets, which can drastically reduce their metabolic rate. So…

“The average obese person spends thousands of more dollars each year on medical expenses when compared to fit individuals.”

So, what you are saying here is bigger people (the Fat Activist movement really, really dislikes to the ‘O’ word as it promotes stigma and medicalisation of larger people) are not fit. OK, so that’s a sweeping statement. And also that “fit” people don’t have any medical expenses. Really? Know any yogi’s who have seen a health professional recently? Any physiotherapy costs? All people need medical care at some time or another. No matter their body size. We are all dying.

Wow. So, research would tell you that some fat people have some of these issues, some have none, and that is exactly the same for smaller bodied people.  And to be technical, the incidence of these issues among larger people has only been proven to be a correlation, not a causation. Remembering, health is not a moral imperative. You don’t owe good health to anyone. We all have body autonomy.

When we print articles like this we do untold damage.

There is an underlying theme that fat is bad, unhealthy, expensive, and abhorrent. As yogi’s and as humans we do not need to be supporting irresponsible and hurtful articles like this. The prejudice against fat people is a real and growing issue. The writer was correct in some of her closing statements, we are paid less and discriminated against more. According to a study from Michigan State University, weight discrimination is the most common form of workplace bias among large bodied women (more so than discrimination based on age, sex, race or ethnicity, sexual orientation, religion or disability). It is articles like these that further perpetuate these issues rather than unite us.

So I ask that you please stop this harmful and unsubstantiated click-bait. It’s not helping. And it certainly does not belong in yoga, or anywhere else. 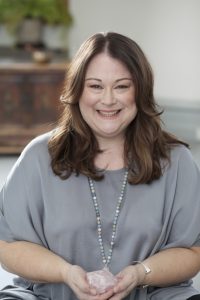 Sarah Harry of Fat Yoga is one of Australia’s leading Body Image and Eating Disorder specialists. Her roles in this field are varied and she offers a unique perspective as an experienced Clinician, Lecturer, Researcher, Yoga Teacher, Fat Activist and Author.

Sarah was the first yogi in Australia to offer yoga for bigger bodies. She has practiced yoga for more than 20 years. She has more than 15 years’ experience counselling individuals and groups with all kinds of eating and body image issues, she has worked in the public and private sectors, lectures at universities and has just published her first book “Fat Yoga – Yoga for All Bodies” (available on pre-order on Amazon, not out in the USA/Europe yet!)