The following post was written by Beth Bradford for the Yoga and Body Image Coalition.

In August, Tara Stiles posted a meme on Instagram that read: “Instagram. Teaching people yoga is about poses, one contortion at a time.” However, her caption offered her criticism: “People are STILL (all caps original) intimidated by yoga because it has a reputation for needing to be crazy flexible or contorted.” A Yoga in America study conducted by Yoga Alliance and Yoga Journal found that some people have never tried yoga because they believe it’s too challenging or their body type isn’t right for it. Could the images we’re posting—and propagating—on Instagram be contributing to this reputation?

This was the focus on my recent content analysis on the nature of images of Instagram. My student and I studied more than 400 images from September 2015-April 2016, looking at the relevance of the image to yoga, the types of pictures (i.e. person, animal, meme), the body sizes, and the complexity of the poses. Here is what I found:

What does all this mean? In terms of relevance to yoga, there were many Instagram aggregates that posted photos pertaining to gymnastics or working out at a gym, which emphasize a physical practice. Even though these images are not relevant to yoga, seeing them in the context of yoga images blends these images into a person’s mental model of yoga. Because Instagram is a visual medium, it’s not surprising that most images on #yoga show people. It’s probably hard to make the connection of a taco to yoga (although the dairy-free cheese on this taco is good for paleo, which is good for…yoga??), so promoting images of people is probably more applicable to yoga, especially if someone doesn’t read the photo’s caption.

What is particularly important is that the images in top posts and accounts with heavy following tend to show a thinner ideal and a more complex yoga pose.

This could probably explain why people believe they don’t have the right body type for yoga or they don’t see themselves being able to do the more complex poses. The question is—do we “like” or “follow” these images and accounts on social media because they show an ideal, giving us motivation to practice? Or do these accounts only post stylized, filtered images in order to attract more attention, giving us the impression that this is the norm?

Perhaps it’s up to us to not only be aware of what we’re endorsing on social media, but being more critical about how these images can be internalized. 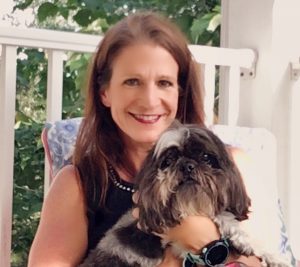 Beth Bradford, Ph.D., is a communication professor and researcher focusing on the influence of media on self-image. As a yoga instructor, she makes students aware of how often we compare and compete with one another on and off the yoga mat. You can follow her on Twitter and Instagram at @mbbrad4d.