The Political is Spiritual 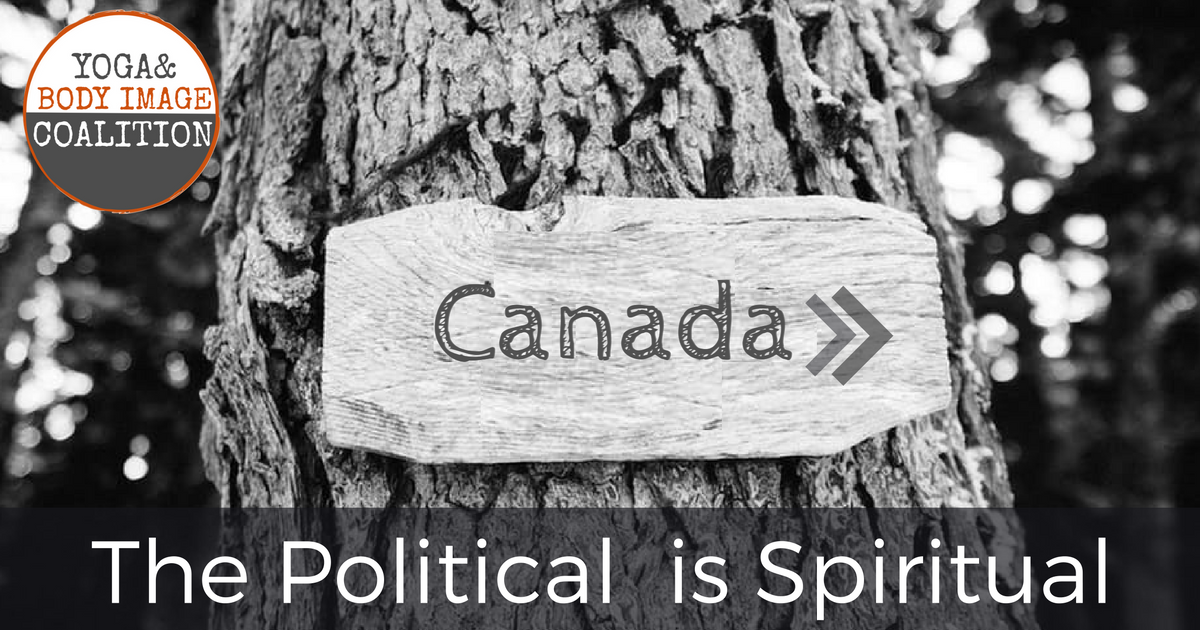 As a nervous Canadian, I watched the U.S. election with great interest. Although I wish the outcome were different, I am glad it is over.  This election played out on social media like a reality TV show, offering us an eye-opening glimpse of the power behind strong emotions. Social media is powerful like that – it provides us with a global outlet to spread our message; it also allows us to increase the volume of our voice and it affords us with the opportunity to check in with the thoughts and messages of the people we follow.

Social media has also become a valuable tool in democratizing celebrity, allowing anyone anywhere to bolster their message loud enough to obtain superstar status. It is not surprising that over the years President-Elect Trump turned to Twitter to share over 100 hateful messages with the rest of the world. Just like political hopefuls, I know a lot of professional yoga teachers have turned to sensationalism within social media platforms to help build their brands in the hopes of achieving the ‘yogalebrity’ status. I am not one of these yoga teachers – I am not interested in using social media to obtain celebrity status. Instead, I am interested in using social media as a tool for cultivating action and galvanizing change. I am a passionate person with strong opinions and I am not afraid to cause 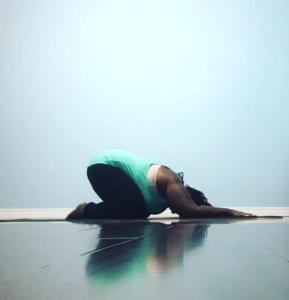 controversy. By asking the difficult questions, and leaning into my discomfort, I hope to invite the practice self-study (svayhyaha) within myself and among others.

I grew up in Canada, and as the daughter of immigrant parents, my dark skin has labelled me different, criminal, and
other. I have experienced racial profiling, prejudice, and out and out racism. I have watched as complicit and implicit bias shaped my opinion of myself. It wasn’t until I began my yoga practice that I realized the truth. My vision of who I was, was veiled by lies and internalized oppression. I decided I needed to step out and step up, and in doing so, I decided it was my duty to fight for change. My first order of business was to start breaking down stereotypes.

In my travels as a yoga teacher, as well as my experiences as a mother, wife, and friend, I have learned that we can be strong in our emotions, but weak in our actions. At the end of the day, I am real person, with fears and raw emotions. I am all of this before I am a yoga teacher, and in effort to break open the glossy version of what is portrayed within social media, I share an honest perspective with the world without abandon. My social media accounts aren’t just about memes and pictures of myself. I acknowledge my shadow side and also celebrate my bright and happy side. I am yoga teacher who cares deeply about the state of the world and the connections within humanity. Sometimes this approach works, and sometimes my passion and strong opinions can land the wrong way – I’ve learned this the hard way.

“Language is everything” – this is something I know, something I trust, and something I work hard to recognize as I go about my daily life. But I am still human, and while struck with anger, fear, and great sadness, I turned to social media and released an emotionally-charged message. I told my American followers that Canada isn’t a consolation prize, and that they can’t move to Canada because they elected Trump. This comment landed harshly, and it made a lot of people very angry. Many people unfollowed my account, while others released their emotions in the comment thread. The majority of responders questioned my integrity as a yoga teacher. If I can’t foster love and connection, what kind of yoga teacher could I be?

This has been an emotional election for almost everyone. The biggest emotions I saw go unchecked were fear and anger. The truth is that we all had a part in the rise of Trump. All of us contributed to a culture which allowed hate to grow and our humanity to diminish. But if we are going to be angry, than we have to do something about it. Unfortunately, showing up to vote once every four years isn’t enough to help evolve or support democracy. Voting, in my opinion, is the minimum action we can take in supporting democracy.

I like to think that people with spiritual practices are awake, conscious, and aware. We missed the rise of hate in our constant denial of the truth around race and gender.  Collectively, we all contributed to the rise Trump. We were all complicit in the culture born of our fascination with celebrity culture, coupled with fear mongering and anger. As our fear and hatred festered, a tyrant was given the fuel to rise. We have allowed a backsliding in our fight against racism, and now, hate is winning.

On the night of the election, when it became glaringly obvious that Trump may be declared the winner, the Canadian Immigration website crashed due to the influx of website traffic.  For the Americans that were angry enough to consider moving to Canada, can you be angry enough to stay and stand up for your great nation? There is great power and nobility in changing whatever it is that we don’t like.

If you are angry about a Trump Presidency, then ask yourself: what can I do, and what can we do to change directions?  How did we create a climate that allowed Mr. Trump to ascend to the highest office in the United States? What conditions had to occur out of our fear, hate or apathy that created this situation? How are we going to fix it?

To my dear American friends, do not forget that your founding fathers were fearless. They left you with an incredible legacy. You have a chance to make this your defining moment, by shifting from a culture of fear and hate to one of acceptance and love. Use your strong emotions to change the course of the United States. Please, our humanity depends on it.

As our grieving subsides and our anger dissipates, we must all figure out how to get stronger together. If we can’t be with her anymore, than we have to figure out how to become vested in us.  Every big social movement starts with a small, grassroots organization. Try supporting a movement. Get involved. Fifteen percent will stand for what is right no matter what, the same amount will do what is self-serving, and seventy percent will follow whoever is in charge. So how do we wake up? The vast majority of us are the followers, even when we think we are the ones who stand up for what is right. Will you stand up even when you are not directly affected?

How do we stand up for what’s right? Here are some ideas:

Make it uncomfortable for people to be racist, sexist, bigoted, transphobic, homophobic.

Vote in the midterm elections.

Fight back against voter suppression.

Help people to register to vote.

Get involved in a political campaign.

Use your privilege to stand with someone who does not have power.

Stay in the USA and fight for your great country!

We know we are stronger together especially when we take part in the political process. I have learned from great leaders like Dr. Martin Luther King Jr., Malcolm X, Angela Davis and Gloria Steinem that the spiritual IS political.  How will you use fear and anger to produce compassion and love?

Dianne Bondy is a celebrated yoga teacher, social justice activist and the leading voice of the Yoga For All movement. Her inclusive view of yoga asana and philosophy inspires and empowers thousands of followers around the world – regardless of their shape, size, ethnicity, or level of ability.  Dianne applies over 1000 hours of training to help her students find freedom, self-expression and radical self-love in their yoga practice. She shares her message and provides millions of followers with affordable access to online yoga classes, workshops and tutorials at her virtual studio: Yogasteya.com. Dianne contributes to Yoga International, Yoga Journal, Do You Yoga, and Elephant Journal. She is featured and profiled in International media outlets: The Guardian, Huffington Post, Cosmopolitan, and more. She is a spokesperson for diversity in yoga and yoga for larger bodies, as seen in her work with Pennington’s, Gaiam, and the Yoga & Body Image Coalition. You can also find her work published in the books: Yoga and Body Image, and Yes Yoga Has Curves.