This roundtable discussion series is a collaboration between NEDA and the Yoga and Body Image Coalition.

NEDA and the Yoga and Body Image Coalition are thrilled to announce an upcoming collaborate roundtable series with thought leaders and influencers in the eating disorders and yoga and fitness communities. While the roundtables are open for anyone to view, this series is especially geared toward yoga and fitness instructors.

Growing & Thriving Together: A Roundtable Series on Diversity, Inclusivity & Accessibility in Yoga and Fitness Spaces will consist of a series of four video panels shared via social media addressing overlapping issues of relevance to the eating disorders and yoga and fitness communities. 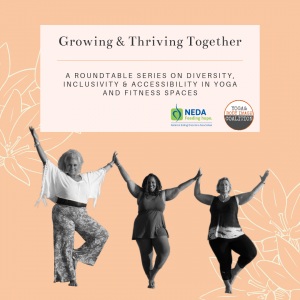 The roundtables will be held on the following dates:

The first roundtable, to be held on Monday, September 9th, will address the importance of inclusivity, diversity, and body confidence in yoga and fitness spaces. The roundtable will be moderated by Dr. Thalia Gonzalez, and panelists will be Dianne Bondy, Ragen Chastain, Jivana Heyman, and Melanie Klein. Read about them below and join them on the 9th for this interesting talk!

Thalia González is a professor, activist, and writer committed to interdisciplinary, multicultural, and community-focused understandings of justice and social change. Her research and teaching focuses on restorative justice, human rights, contemplative practice, and public interest law. In these areas, she pays particular attention to equity with regard to race and gender. For more than a decade, she has integrated contemplative practices as a critical pedagogy in her teaching. She is currently engaged in a project that asks broad questions about how in an unjust world, what is the relationship between individual transformation and collective liberation? Thalia has served on the Leadership Team of the Yoga and Body Image Coalition (YBIC) and led the YBIC Modern Yogi Series, which aims to cultivate a space for discussion, reflection, and practice across a range of topics centered on anti-oppression, anti-subordination, and social change work.

Dianne Bondy is a social justice activist, author, accessible yoga teacher, and the leader of the Yoga For All movement. Her inclusive approach to yoga empowers anyone to practice—regardless of their shape, size, ethnicity, or level of ability. Dianne is revolutionizing yoga by educating yoga instructors around the world on how to make their classes welcoming and safe for all kinds of practitioners.

Dianne is the author of Yoga for Everyone (DK Publishing, Penguin Random House) and a frequent contributor to Yoga International, DoYouYoga, Yoga Girl, and Omstars. She has been featured in publications such as The Guardian, Huffington Post, Cosmopolitan, and People. Dianne’s commitment to increasing diversity in yoga has been recognized in her work with Pennington’s, Gaiam, and the Yoga & Body Image Coalition, as well as in speaking engagements at Princeton and UC Berkeley on Yoga, Race, and Diversity. Her writing is published in Yoga and Body Image Volume 1, Yoga Renegades, and Yes Yoga Has Curves. Find Dianne online at diannebondyyoga.com, yogaforalltraining.com, and yogasteya.com.

Ragen Chastain is a speaker, writer, and thought leader in the fields of Body Image, Health at Every Size, Athletes at Every Size, Corporate Wellness, and Fat Activism. She is the author of the blog DanceswithFat.org, the book Fat: The Owner’s Manual, editor of the Praeger Anthology “The Politics of Size,” and co-founder of the Fit Fatties Forum and Fat Activism Conference. Ragen has set the stage on fire around the world including at Google Headquarters, Dartmouth, MEDA, and Cal Tech, and on screen in films including Fattitude, America the Beautiful 2, A Stage for Size, and the PBS Independent Lens film Ragen’s More Cabaret. She is an ACE Certified Health Coach and Functional Fitness Specialist, three-time National champion dancer, triathlete, and two-time marathoner who holds the Guinness World Record for Heaviest Woman to Complete a Marathon. She lives in Los Angeles with her partner and their two adorable dogs, and is training for her first (and only!) IRONMAN triathlon.

Jivana Heyman, C-IAYT, E-RYT500, is the founder and director of Accessible Yoga, an international non-profit organization dedicated to increasing access to the yoga teachings. Accessible Yoga offers Conferences, Trainings and a popular Ambassador program. He’s the author of the upcoming book, Accessible Yoga: Poses and Practices for Every Body (Shambhala Publications, November 2019), co-owner of the Santa Barbara Yoga Center, and an Integral Yoga Minister. Jivana has specialized in teaching yoga to people with disabilities and out of this work, the Accessible Yoga organization was created to support education, training, and advocacy with the mission of shifting the public perception of yoga. 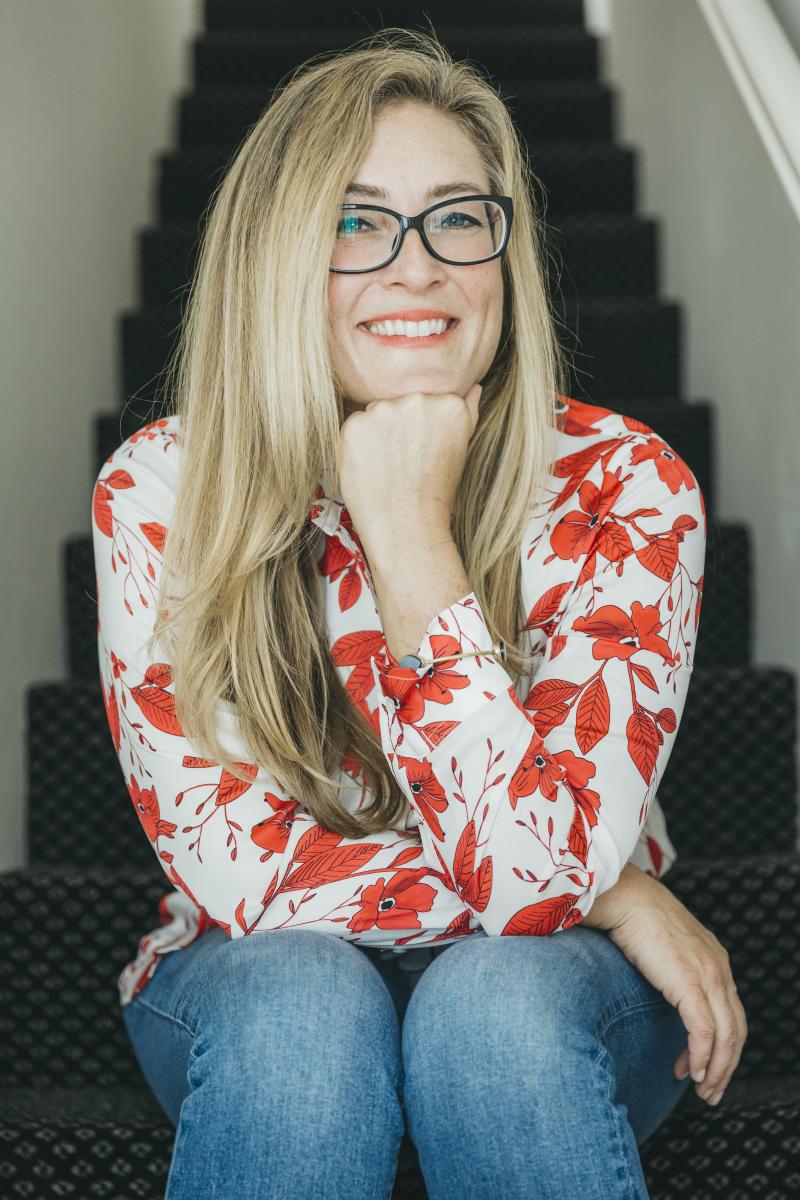 Melanie C. Klein, M.A., is an empowerment coach, thought leader and influencer in the areas of body confidence, authentic empowerment, and visibility. She is also a successful writer, speaker, and professor of Sociology and Women’s Studies. Her areas of interest and specialty include media literacy education, body image, and the intersectional analysis of systems of power and privilege. She is the co-editor of Yoga and Body Image: 25 Personal Stories About Beauty, Bravery + Loving Your Body (Llewellyn, 2014) with Anna Guest-Jelley, a contributor in 21st Century Yoga: Culture, Politics and Practice (Horton & Harvey, 2012), is featured in Conversations with Modern Yogis (Shroff, 2014), a featured writer in Llewellyn’s Complete Book of Mindful Living (Llewellyn, 2016), co-editor of Yoga, the Body and Embodied Social Change: An Intersectional Feminist Analysis with Dr. Beth Berila and Dr. Chelsea Jackson Roberts (Rowman and Littlefield, 2016), Yoga Rising: 30 Empowering Stories from Yoga Renegades for Every Body (Llewellyn, 2018) and the co-editor of the new forthcoming anthology, Embodied Resilience through Yoga (Llwelleyn, 2020). She co-founded the Yoga and Body Image Coalition in 2014. She has been practicing yoga and meditation since 1996 and currently lives in Santa Monica, CA.


Warning: Invalid argument supplied for foreach() in /homepages/0/d833783478/htdocs/oldhtdocs/htdocs/ybicoalitionbackup/wp-content/plugins/wp-accessibility-helper/inc/wah-front-functions.php on line 373