Identifying In: We’re All Worthy of Liberation from Disordered Eating 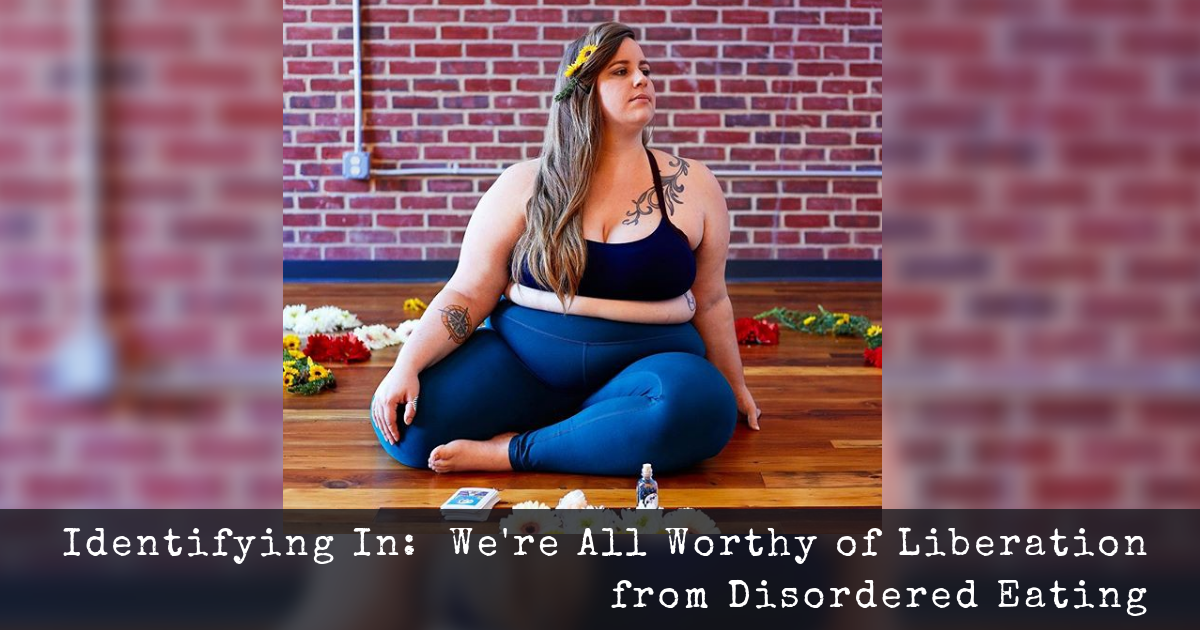 The following is a YBIC National Eating Disorders Awareness Week post that highlights how the practice of yoga can be an integral component in the effective treatment of and on-going recovery from eating disorders and disordered eating.

“I’m not worthy of an eating disorder.”

That’s a thought I actually had. I had it more than once. I had it in high school when I would indulge illicitly on fast food in the driver’s seat of my parents’ minivan after my shift at McDonald’s, deriding myself for my inability to make myself purge afterward. I had it in college when I was having a cigarette for “lunch,” and again as an adult, in my therapist’s office, when it was implied that my “training plan” for a marathon went well beyond what was good for my body, and certainly beyond the requirements to run 26.2 miles.

In my mind, disordered eating was reserved for a special caste of thin women with superhuman self control. I admired these imaginary women, even as I was told their behavior was illness.

I wanted so badly to make my own fat body thin, so badly to feel the sense of worthiness I equated with a slim body type, that I wished I had it in me to mimic them.

Disordered eating promised me a doorway into the only club that seemed (at the time) to matter: the illusory club of the waifish and beloved. The desire to be thin at any cost is so normalized in our society that it didn’t even occur to me how disordered or offensive it was to wish for a disease that claims lives every day. In fact, given all of the affirmation that was showered on me as a fat person for following through with some of my most disordered thoughts, it felt to me like wishing I could “take it further” was only rational.

I spent so much time telling myself I didn’t have a “real” eating disorder that I never thought to seek treatment for one. My body image issues didn’t resolve on their own, and I started replacing meals with alcohol so I could temporarily escape my never-ending negative self-talk. Later, as a consistent yoga practice eventually helped me see the self-harm inherent in my alcohol overuse and spurred me to get help, I started to see the resemblance between my emphatic denial of my problematic drinking and my even more pervasive denial of my problematic behaviors around food and exercise.

I have my critiques of 12-step programs, but in my earliest days of sobriety I attended meetings and group meditations and found some of the concepts and advice illuminating. Even as I entered the program, I questioned whether I should really be there–my drinking didn’t seem as severe or life-altering as some of the other attendees. I spent hours taking bunk quizzes on the Internet that were supposed to tell me definitively whether I was an alcoholic or not. After a couple weeks of questioning my credentials to be in the room, I finally mentioned these feelings to a long-time member. She told me they had a phrase for what I was experiencing: identifying out. She said many people who started the program questioned whether their drinking was really severe enough to land them there or to choose to abstain from alcohol. She also told me that “identifying in” wasn’t a matter of measuring your quantity of alcohol consumed against someone else’s–it had to do with recognizing our shared patterns of thought around alcohol and then seeking support from one another in breaking those patterns

In that moment, I was reminded of a phrase shared at the end of many yoga classes, “The light in me honors the light in you.” This phrase speaks of a divine spark, the godly aspect that resides in each of us, and nods towards one another’s ultimate sameness, regardless of differences in our bodies, identities, and experiences. It’s recognition of this unity that defines yoga to me, along with the belief that our liberation is interconnected with one another’s. I realized I could not find freedom from my disordered eating until I was able to see myself reflected in other beings, even people much different from me, who shared the same patterns of thought and were seeking support in breaking those patterns. I could not find freedom until I could identify in.

There’s no one way that disordered eating looks, and identifying in has nothing to do with comparing your body or the specifics of your behavior with other people’s–it has everything to do with recognizing what we do share in this struggle.

We all deserve liberation from distorted body image and from harmful relationships with sustenance and movement.

I’m here to affirm that I’m worthy of this liberation, and so are you. Even if you’re fat. Even if you’ve never skipped a meal or gone on a binge or relied on a substance. If you experience any level of preoccupation with food; if negative thoughts about your body are influencing the way you dress or behave; if you share in my struggle with self worth or feel constantly drawn towards control or escape, fight or flight, but never towards presence, choice, or joy; if you’ve ever questioned whether or not you really need help, you absolutely deserve your freedom, and you’re worthy of whatever support you need to access it. 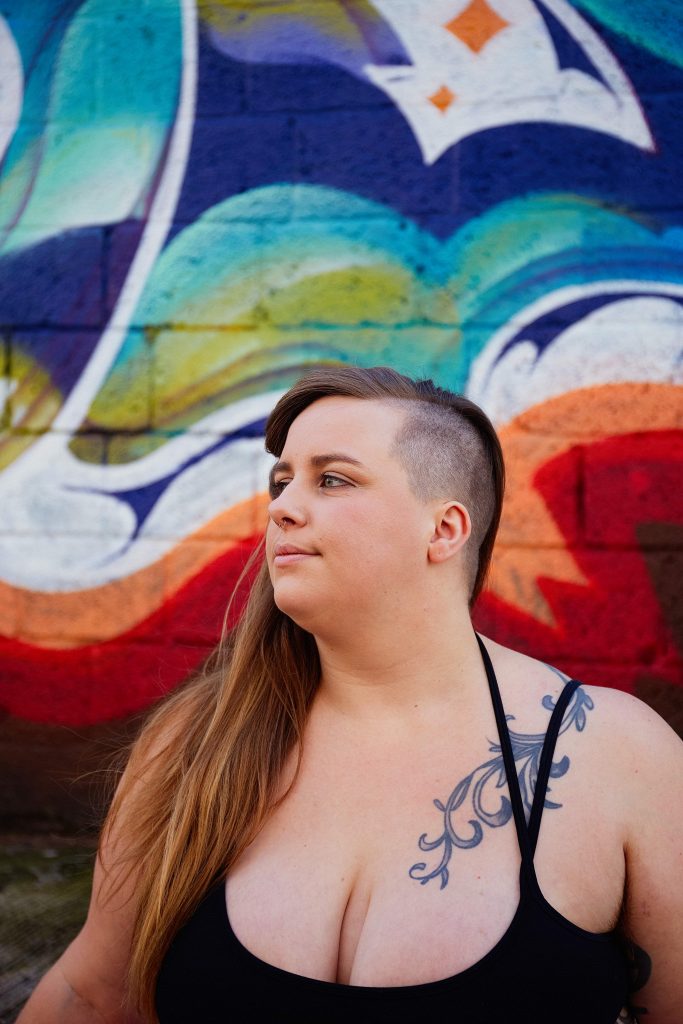 Melanie Williams is an East-Coast-based, fat, queer, non-binary yoga teacher and self-love advocate, called to create profoundly accessible spaces for self-inquiry and the inward journey by integrating mindfulness and adaptive movement practices with the spirit of social justice. They believe that the goal of yoga, as of life, is collective liberation and in turn challenge contemporary yogis to dismantle the systems and beliefs that hold us all back. In addition to teaching group and private yoga classes, Melanie offers workshops that explore queer identity and body image, leads adaptive yoga teacher trainings, helps coordinate trainings internationally for Accessible Yoga, champions diversity and inclusion in the yoga industry as a member of the Yoga & Body Image Coalition leadership team, and serves leading industry groups as an expert advisor on diversity and accessibility. They’ve been called a “tour-de-force of encouraging radical self-love” and listed among the “top thinkers and activists in the field of body positivity.” foundspaceyoga.com
Tags: national eating disorders awareness week Categories: Uncategorized, Yoga and Body Image Coalition Blog, Yoga and Recovery from Eating Disorders
Share
Tweet