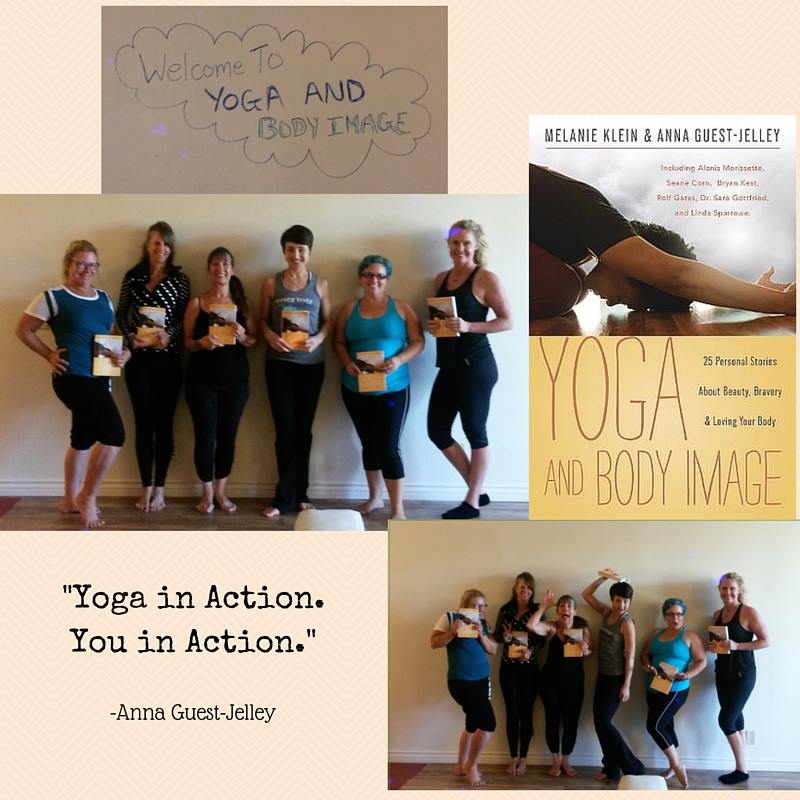 The following essay is a guest post by Robyn Baker. Robyn will be facilitating the second donation-based Yoga and Body Image book discussions series, taking place Saturday, October 24th from 10AM – 12PM. The session will begin with opening meditation and concluding asana. For more information, see here.

“Someone I loved once gave me a box full of darkness. It took me years to understand that this too was a gift.” – Mary Oliver

This year I celebrate 8 years of life without my eating disorder. My eating disorder was a decade inside an invisible prison; I lost relationships, opportunities and most importantly my health. For years after I entered recovery, resentment over those losses clouded my heart and kept me stuck thinking I would never get my life back on track. For anyone who has suffered from an eating disorder, you know the endless search for the “why” that takes place in the therapist office. Why did this happen to me? Why do I have to suffer with all this crap? Why couldn’t I just have had a normal life?

I’ve heard people say that full recovery may never be possible in certain cases and I believe this to be true, but I don’t think it’s due to a lack in strength or will power on the sufferer’s part, but rather a flawed recovery system. For years I was in recovery but not what I now consider to be recovered. On the surface I was recovered; I abstained from any eating disorder behavior, food and exercise ceased to be an obsession at the forefront of my mind and I finally had the guts to put my self care in the priority seat of my life, but something was still missing.
Although healthcare providers that work with eating disorder patients have great intentions and are some of the hardest working people I know, I believe a major final step is so often overlooked when it comes to the recovery process. This is the step of forgiveness and the recognition of grace.

Although I spent over a decade in the therapist’s office, it was finally through yoga that I found this forgiveness and discovered the grace granted to me by my eating disorder.

My yoga asana practice provided a space to practice making choices about where I placed my focus and allowed a time for making decisions regarding the meaning I gave to my physical and emotional state for that day. As I practiced making these choices and decisions on the mat, I eventually gained the courage to take these practices off the mat and into my recovery; leading me to finally change my story and the negative meaning I had long ago decided to give to my eating disorder.

Two years ago I took my second biggest leap of faith (the first being a second round of inpatient treatment) and started my own business. It was time to embody the grace that I was granted through me eating disorder and serve others. It was time to live in congruency with what I knew to be true in my heart and stop pretending that what I saw happening in the fitness and yoga industry was acceptable. I opened my own private yoga and Pilates studio with a focus on body acceptance and not body manipulation in the heart of Orange County, California.

One of my ultimate goals through holding my own space was to someday teach workshops on body image through the practice yoga. Thanks to the amazing efforts of Melanie Klein and Anna Guest-Jelley for their groundbreaking book, “Yoga and Body Image”, a month ago that goal was reached when I led my first yoga and body image workshop. This first step is what I hope to become a movement not only within the yoga community but the fitness industry as well. When I had the honor of meeting Melanie Klein for the first time, my question for her was this, “Do you think this movement will ever transfer over to the fitness community?”, she answered, “yes, but it’s going to take a lot more time”. That was all I needed to hear.

Robyn Baker is the owner and operator of Asteya Fitness, Orange County’s only body positive fitness studio. After recovering from a decade long battle with anorexia and exercise addiction during which she worked as a personal trainer and Pilates instructor, Robyn decided to return to the fitness industry in hopes of changing the way people think about exercise and ending the insidious body shaming messages propagated within the fitness community. She is a Yoga and Body Image Coalition community partner and holds monthly yoga and body image workshops at her studio in Costa Mesa.