Falling for the Forty-Seven Billionth Time: My Experiences with Meditation 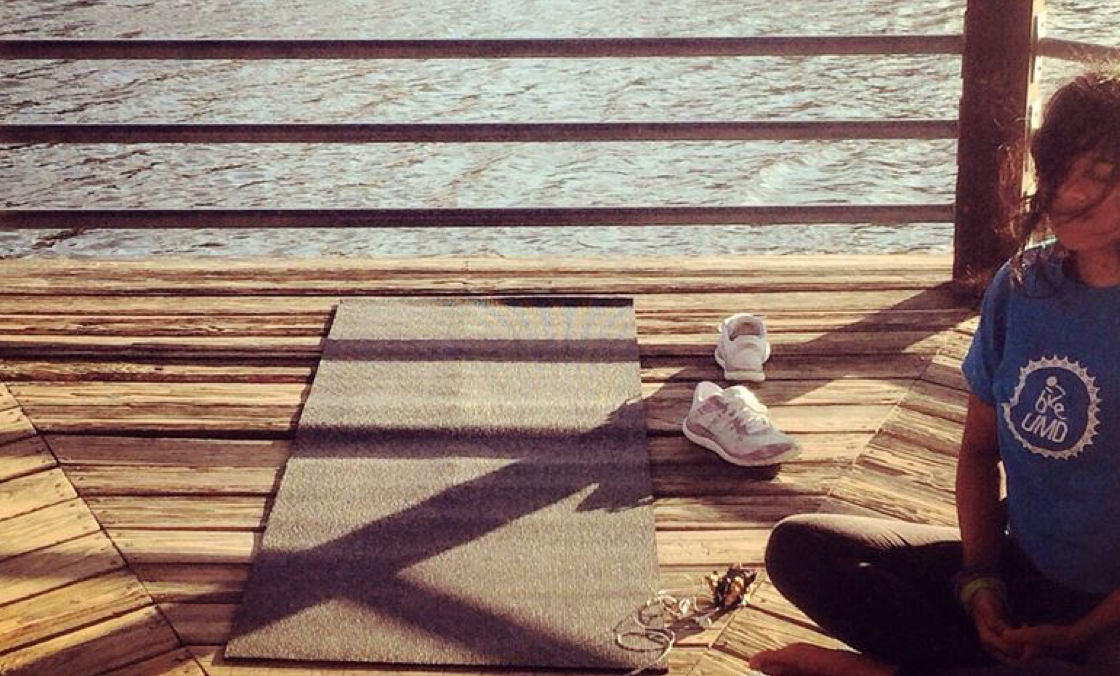 When I was nine years old, my family visited Auroville, an experimental township built in Southeast India in the 1960s. Envisioned as a hub for human unity, Auroville, also known as the City of Dawn, was founded by spiritual leader Mirra Alfassa. At the very center of the town was the Matrimandir a spherical building covered by reflective golden disks. Indians called the building “the soul of the city,” and no religion was allowed to claim ownership of it.

There was dust everywhere on the day we visited the Matrimandir, and I stood beside a large banyan tree that provided a magnificent view of the glistening golden circles on the building’s exterior. My dad talked to the guide nearby. Then he said to me, “We’ll be back in a few minutes. We’re just going to meditate in there.”

“But I want to come,” I said. My lower lip trembled.

“I really want to go!” I said. I don’t know where they came from, but hot, fat tears dripped down my cheeks. Somehow, I knew that within that building, I would find something special.

Eventually I was allowed to accompany the adults. We climbed up intertwining staircases to a chamber of polished white marble. At the center of the room sat the world’s largest optically perfect glass orb, around which people sat in orderly rows, forming a spiral shape. We joined the rows, completing the puzzle, and I thought about what that crystal sphere meant to me. I closed my eyes and felt like I was plugged into the same frequency as everything around me. Although we were only allowed to be in the room for six minutes and my eyes were closed, it was the most viscerally connected I’ve felt to the world. In some ways, every time I’ve sat for meditation since then, I’ve been trying to return to that feeling.

Growing up, I was taught that the ultimate goal of meditation was to “clear the mind,” but that the easiest way to do this was by honing our concentration. At my religious center, Chinmaya Mission, we were given specific deities to visualize. I felt like I was supposed to engage in some sort of deductive reasoning so that by the time I opened my eyes at the end of the ten-minute session, I would have arrived at some profound conclusion. While I did feel somewhat better after sitting quietly, I wasn’t able to see how exactly this could concretely benefit the rest of my life, especially because I wasn’t having any epiphanies.

Attending an extremely diverse college gave me the chance to become involved with the social justice community, but it made me categorize and individualize even more. I ended up dropping any reflective practices that I had had, thinking of these as an esoteric luxury for those who chose to bliss out instead of addressing actual societal problems. In reality, I think meditation would have made my social justice efforts more intentional and sustainable, like they are now.

I came back to meditation because of a climbing tower. Throughout college, I worked as a belayer for our adventure program’s ropes course. My job entailed securing a rope, tying participants in, and managing safety during climbs. On my last day working at the course as a senior, one of the climbers I belayed, a very young child, spent almost an hour trying to get to the top of a structure called the Alpine Tower. I saw him run the gamut of an entire spectrum of emotion, from frustration to hilarity. Throughout the climb, he kept letting himself fall and swing away from the tower, buoyed by a sense of complete trust in my ability to catch him.

“What was your favorite part?” I asked him routinely, as I untied his rope after lowering him to the ground. I expected him, like most other climbers, to say, “Getting to the top,” especially because he’d worked so hard to achieve his goal. Instead, he pointed to a ledge halfway up the tower. “Falling off for the forty-seven billionth time in the middle,” he laughed, “because I knew you would catch me no matter if I was sad or mad or glad.” I walked away from that experience thinking What if we could cultivate that amount of trust and compassion for our own selves? Trust ourselves to be our own belayers? Meditating by myself for a short while afterwards, I simply watched my thoughts without indulging in reasoning or judgment, quietly returning to the constant presence of my breath. That sitting felt like I was channeling my attention in a much more intentional way than trying to focus on any particular deity or chant, damming up my other thoughts behind a wall.

At a session with Mary Taylor earlier this year, she talked about how one of the most important parts of meditation is just showing up, showing up and observing. Meditation is very rarely going to be that idyllic crystal moment of bliss in the Matrimandir and more likely going to be a weird session of thinking about food and tiny houses, among other things, in between gently returning to being aware of the breath. My teacher Gina Caputo recently gave the amusing example of how Liz Gilbert, author of Eat Pray Love, travels to an ashram in India to meditate. She wakes up early in the morning for a meditation session and ironically finds herself sitting and musing about how she will create the perfect meditation alcove in her house overseas.

Meditation is less about spacing out to a place of avoidance and more about feeling your way down a dark hallway, sometimes bumping into things and being able to forgive yourself, maybe even laugh, at your clumsiness. I used to be skeptical when I heard people make profound statements like, “There’s nothing more real than sitting with yourself,” but now I do believe in the practical power of present moment training. Life doesn’t get easier, but our relationship to it evolves.

Thich Nhat Hanh recommends holding any emotions that arise – anger, happiness, anxiety, love, frustration “as we would a small child” when we meditate. That’s just a fancier way of saying: As you sit, let yourself fall on that rope of uncertainty whether you’re sad or mad or glad. Self-compassion is your trusty belayer.