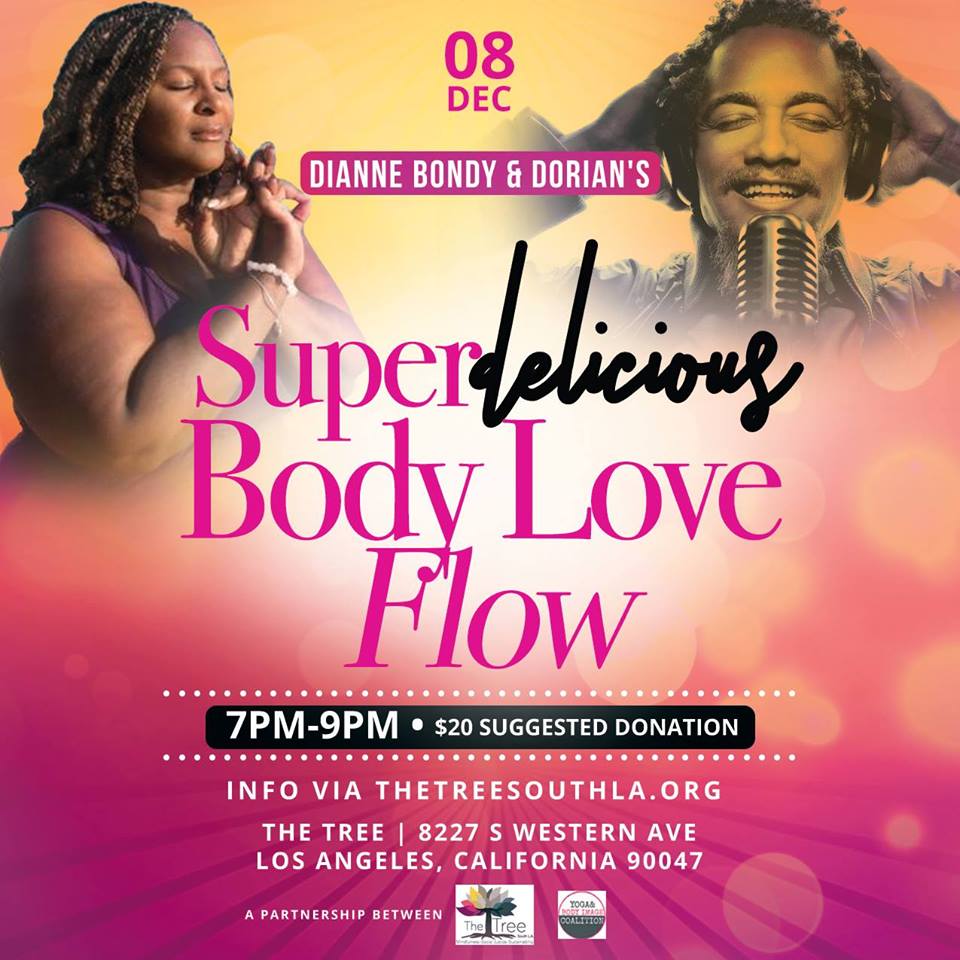 Dianne and Dorian’s Superdelicious Body Love Flow – Yoga for all of us – Community, body love and rockin’ your soul!

Dianne Bondy is a celebrated yoga teacher, social justice activist and leading voice of the Yoga For All movement. Her inclusive view of yoga asana and philosophy inspires and empowers thousands of followers around the world – regardless of their shape, size, ethnicity, or level of ability.

Dianne contributes to Yoga International, Do You Yoga, and Elephant Journal. She is featured and profiled in International media outlets: The Guardian, Huffington Post, Cosmopolitan, People and more. She is a spokesperson for diversity in yoga and yoga for larger bodies, as seen in her work with Pennington’s, Gaiam, and the Yoga & Body Image Coalition. Her work is published in the books: Yoga and Body Image and Yes Yoga Has Curves.

Dorian’s mission as a singer/songwriter/actor/health care practitioner – is to create conscious neosoul music that people can groove to!
Dorian curates a LIVE NEOSOUL AND YOGA SESSIONS featuring his live music has toured venues throughout California and landed him a shout out in LA YOGA MAGAZINE and a recent interview on LAYOGA.COM with Editor, Felicia Tomasko!

“Throughout Los Angeles, there are creative artists who are bringing their yoga practice to life in innovative ways. Neosoul Artist Dorian is one of those people. Through his frequent collaborations with teachers, and through his music (self-help set to song), he offers inspiration in all of his work.” –

Dorian served in the music for Healing Program at Cedar’s Sinai Hospital, featured on ABC’s The American Giving Awards and guest-starred on CSI: Las Vegas!

His musical style has been compared to India Arie and Stevie Wonder.